At the age of 19, rising star Lauren brings mad talent to the role of Sophie, the conflicted teenager whose struggle for independence from controlling parents leads to anorexia and an unspeakable terror.  Lauren earned rave reviews for her star turn in Helen Walsh's The Violators, prompting Variety to call her "a particularly strong discovery," and the British Independent Film Awards to name her one of the top 12 British actors to watch. Before her feature film debut, Lauren was a standout on UK television series such as Ordinary Lies and The Mill and is the newest addition to the cast of Hollyoaks, playing Lily Drinkwell.

Lauren grew up in Liverpool, where nothing bad ever happens, and she's always wanted to explore the dark side of a thriller. She was drawn to The Wasting because of its combination of intelligence and scares, and the truthfulness of its anorexic lead character.

Alexz is a double threat actor and musician who brings both of her award-winning talents to The Wasting. She stars as Grace, a hot-tempered, passionate and opinionated young woman who isn't afraid of her sexuality and who will go to the wall for her friends. And the critically acclaimed Los Angeles-based singer-songwriter's music is featured in the soundtrack.


The former child star first caught the world's attention as the star of Disney’s So Weird, followed by four years as the eponymous lead in the cult classic teen musical drama Instant Star, for which she won a Gemini Award. Today, Alexz's career is skyrocketing, as she plays to soldout venues across North America and Europe, and stars with Julia Stiles and Eric Stoltz in Hulu's award-winning series Blue. Alexz also starred in the box office smash Final Destination 3, Smallville, Haven and House of Bodies, with Terence Howard and Queen Latifah. 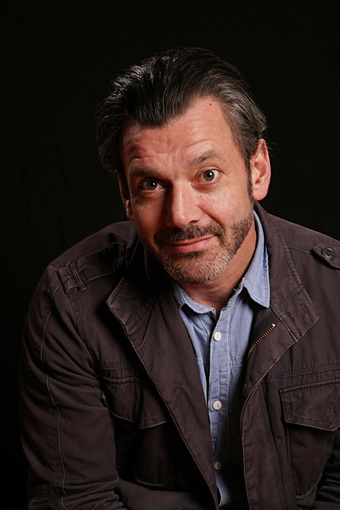 Glasgow native Gray, who has played the spectrum from killer to heart-throb on British television, welcomed the challenge of Ilyas's complex inner struggle, dark past and heavy-duty accent. His excitement at joining our cast caused our director to do many joyful cartwheels, as this is a role that demands an actor of his high calibre, capable of tackling the delicate balance of repressed violence and love that defines Sophie's father.

Although he was named Villain of the Year for his portrayal of the murderous Tony Gordon on Coronation Street, we here in Wastingville know he's not evil at all, and in fact can be quite entertaining, especially when he mimics certain of the cast and crew, who will remain nameless.

Gray also starred in such BritTV stalwarts as Peak Practice and River City, and appeared in the mini-series Titanic: Blood and Steel, and the blockbuster feature film The Queen. Nonetheless, his co-stars (especially Brendan Flynn) are most impressed by his role in one of the most-watched Doctor Who episodes ever, the 2007 Christmas special Voyage of the Damned, alongside David Tennant and Kylie Minogue.

A respected actor in both the UK and North America, Shelagh brings enormous depth to Valerie, Sophie's complicated mother, whose daughter is her greatest triumph. Born in Vancouver, Shelagh soon tired of the rain, so off she went to London. She was a child, and can be forgiven for not checking the climate first. Luckily, she didn't go for the weather, but to train at the Corona Stage School in Hammersmith. Shelagh went back and forth between Hollywood and the UK, appearing in such series as Wish Me Luck, Sherlock Holmes & Dr Watson, and Young Indiana Jones Chronicles, before marrying a nice man and moving back to London for real, where she starred as Dr Kate Preston in ITV’s hit Peak Practice. She’s remained a well-known face on British television series, starring in a long line-up of popular series that includes Holby City, The Bill, and Doctors.

Shelagh is also a talented writer and director, with a deep love for sci-fi. She has two scripts - Nexus and The Competition - in development, and directed the award winning short films Run and David Rose.

Brendan brings the perfect combination of acting talent, musicianship and attitude to play the troubled Kai, who relies on music to communicate what his pride won't let him say, and whose need to prove himself a winner has disastrous repercussions.

​Supernatural films are in Brendan’s wheelhouse, beginning at age 14 in Canada with a lead role in YTV’s Ghost Trackers. He appeared in multiple episodes of Ghostly Encounters and the series In Dreams, and more recently wrote and stars in the upcoming superhero web series Cobalt. Brendan played good-natured wannabe rapper Mark on the 2013 short series The Fall, and is Maximus in the upcoming feature The Mechanical Boy.
An accomplished fiddler and mandolin player, Brendan has performed at venues that include Toronto’s legendary Hugh’s Room.

Sean is a gifted actor who also plays guitar, sings and has the charisma to play Liam, the golden boy whose fatal flaw is his refusal to see the truth about his girlfriend. Sean is studying acting at London's highly-regarded Rose Bruford College of Theatre and Performance, and in 2016 appeared in Knots at the Camden Fringe Festival. He graduated with the drama prize from Toronto's prestigious Rosedale Heights School of the Arts where he was the only non-senior in school history to win the lead in its acclaimed annual drama production, playing the rakish Tom Jones in Tom Jones: A Foundling. The role inspired an ardent fan club and some Beatles-like chaos during his performances. Sean continued his domination of the stage in his senior year playing Hermes and Eros in the challenging Metamorphosus.

Sean is no stranger to supernatural films, after appearing in numerous episodes of the long-running Gemini Award winning television series Ghostly Encounters.
Proudly powered by Weebly